Blade Runner. Synthetic beings known as Replicants have been created by men carry out essential duties. Enslaved. Forced to work. New machines which are better….Scratch that. New machines which have less choices than their predecessors are now employed. Version two. Less chance for ghost protocols. For inclinations which machines should not have. Enter a Blade Runner. An agent tasked with retiring rouge generation one Replicants.

Directed by Denis Villeneuve. If you don’t know this name by now you should. Prisoners. Enemy. Sicario. Arrival. And now Blade Runner 2049. He is proving himself a force. Script. Cinematography. Pacing. Timing. Sound design/ sound track. Each of his films on mention here excel in all phases of film. Blade Runner is no different. A slow burn of a movie with tremendous vision. Ryan Gosling portrays Officer K. Blade Runner of the future. Blade Runner of 2049. He unearths something of great intrigue on a farm when retiring a Replicant in the opening scene of the movie.

This is the launch point. From here Officer K journeys about the futuristic wastes of Los Angeles and its surrounding areas. Flying vehicles. Holographic companions. Sightless men who speak of a new future. Implanted memories and experienced ones all to make the human experience seem that much more human. And slaves. Slaves built and designed to produce and feel and do nothing other. 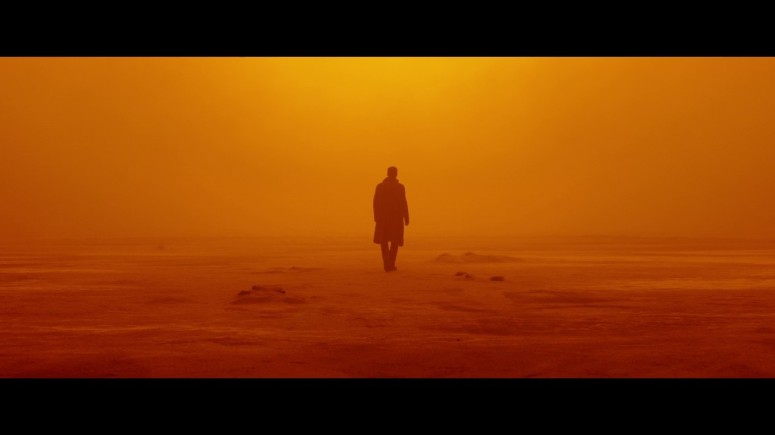 I’ll spare the thorough plot synopsis. Instead, an alternate assertion: You should be watching the movie, not reading about its plot. No one is attending theaters to see Blade Runner 2049. It’s had a bad outing. And it’s a shame. It deserves to be seen. It deserves people’s money. Less and less creativity is rewarded in the world of creating and in so saying the finances that should support it are spent on things which are perhaps less deserving of monetary gain. As the world watches this movie go by, out of theaters in the next couple of weeks, producers watch. Watch the fall of a well done, well crafted movie that doesn’t earn any money. Why spend money on Blade Runner or any other film when a superhero movie will make a billion dollars? They won’t. Less and less movies of vast scope will be created. And it’s a shame. Star Wars will make a billion dollars in a couple months. Wonderwoman 2 will as well. The Justice League. But Blade Runner, a movie which challenges thoughts and times and past and future will flounder and thusly will not be made again. And it’s a shame.